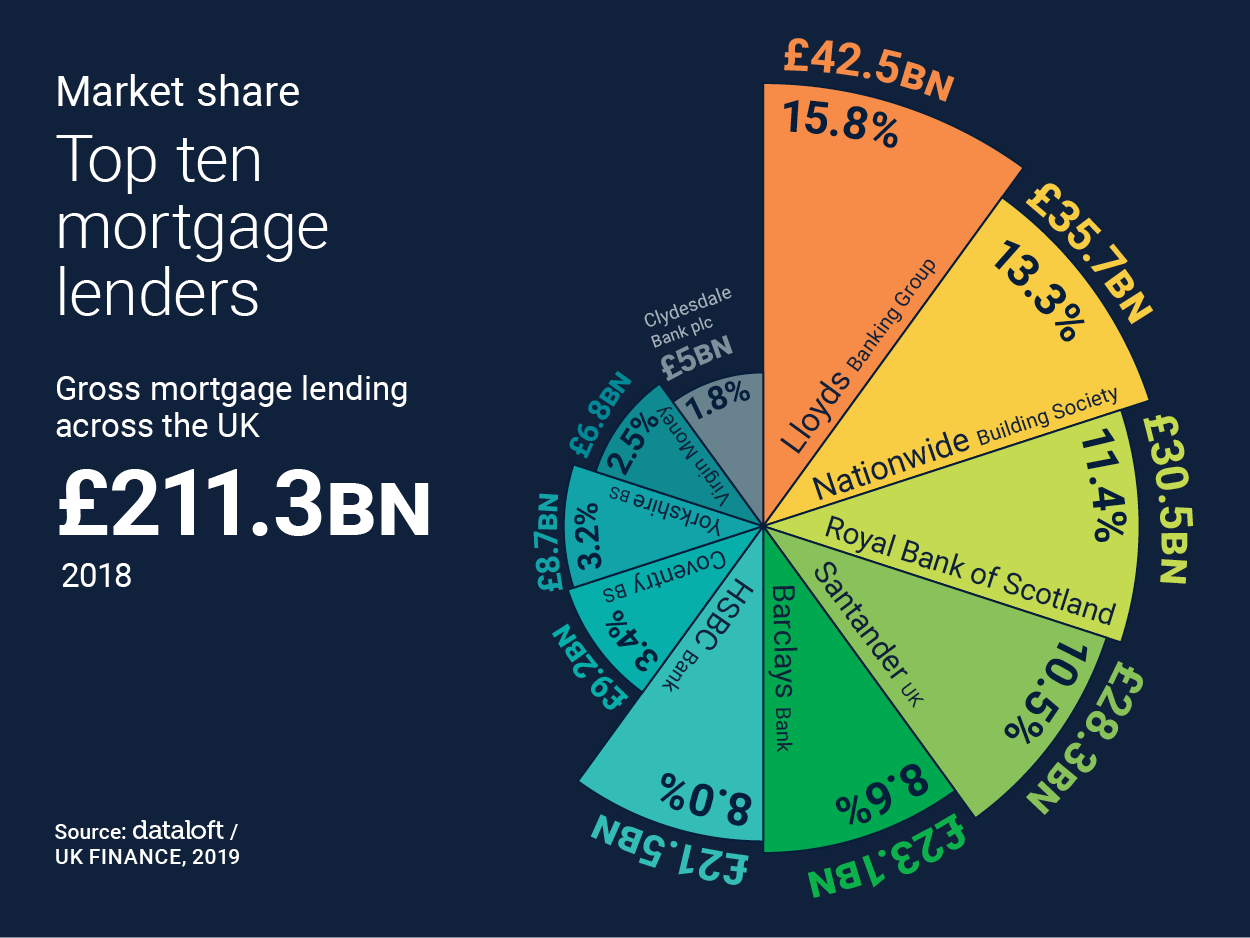 The Yorkshire Building Society and Virgin Money swapped places in 2018, with Clydesdale Bank taking the tenth spot ahead of last year’s entrant, TSB. An additional 60 lenders accounted for the final fifth of the mortgage market.

If included, the ‘Bank of Mum and Dad’ would have taken 10th position. According to Legal and General, parents and family members lent £6.3 billion to loved ones in 2018.

Figures from the Bank of England indicate mortgage approvals for the first half of 2019 are 1.1% higher than a year ago, with lending virtually unchanged. The current average mortgage rate is at an historic low of just 2.43%.